I drew a VERY rough sketch of Aussie singer/songwriter Katie Cole and she asked if I’d ever drawn a kangaroo.  I hadn’t so I rectified that 😀 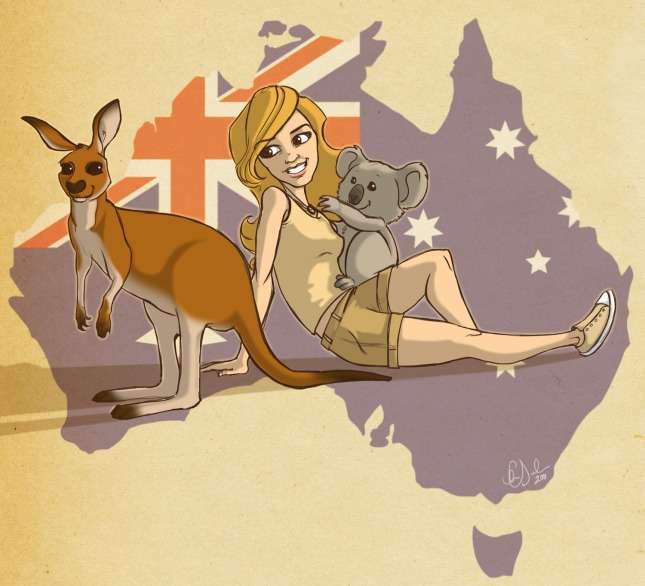 Posted by elainesnowden on August 26, 2011 in Uncategorized

23 Aug
My submission for this month’s Collective Thinking post http://collectivethinkingblog.blogspot.com/
This took far too long to pull together but I’m glad I finished it. Nothing terribly profound or clever, I just ran with the basic idea of the ’89-’94 kids’ show ‘Maid Marian & Her Merry Men’. In a nutshell, Robin’s a dimwit & Marian’s the leader. Gave Marian a bit of a costume update ’cause she’s cool, y’know ;P Originally I had the pair of them side-by-side, with Marian looking bemused by Robin but I couldn’t get it to work so this happened.

..and yes, I did re-use the sketch I did at the first ‘Collective Gathering’ haha. 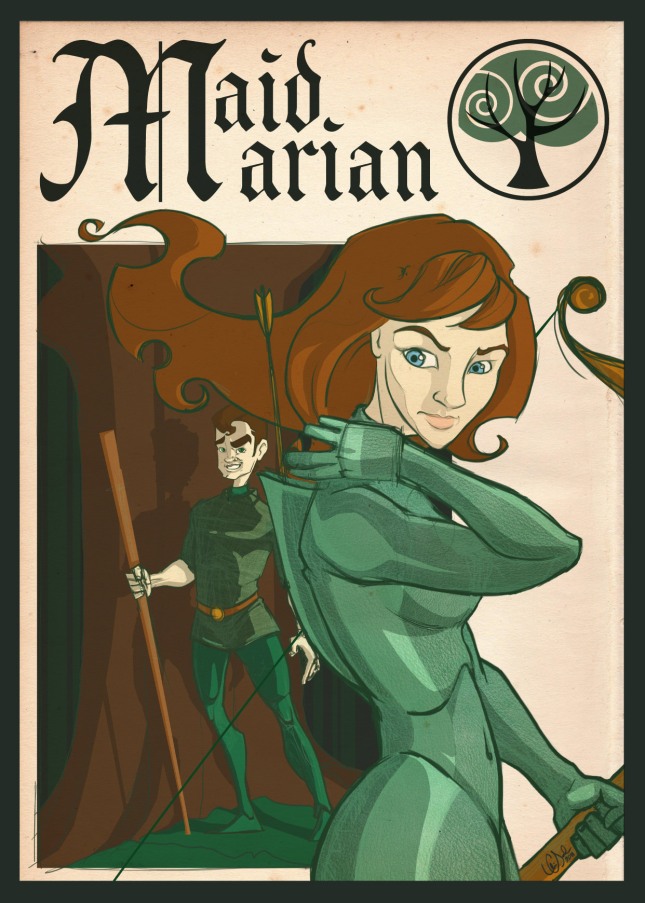 I sketched most of it with a 2B pencil then took it into SketchBook Pro and did up a proper line.  Colouring, composition and lettering were done in Photoshop and Illustrator.

Posted by elainesnowden on August 23, 2011 in Uncategorized

Submission for something cool. Stay tuned for more info…maybe 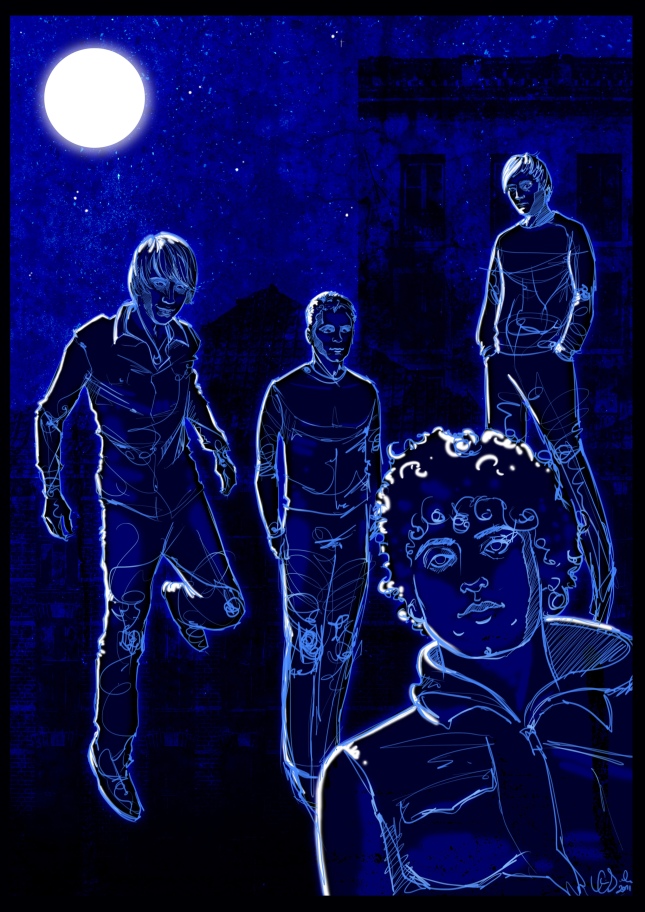 Posted by elainesnowden on August 21, 2011 in Uncategorized

My friend Freya wanted a picture for her Mam ’cause not only is it her fiftieth, but she’s also heading off to Afghanistan with the British Army soon after

I was going to use blues as well, but it was a bit shouty. I think this is fun and also feels age-appropriate…maybe.

Anyway, the original sketch was done traditionally, photographed & brought into SketchBook Pro. There I did the final line before bringing it into Photoshop. I added colours and some textures here before moving it all into Illustrator and compositing it, adding font and a frame. I messed around with textures a bit more but that’s basically it. 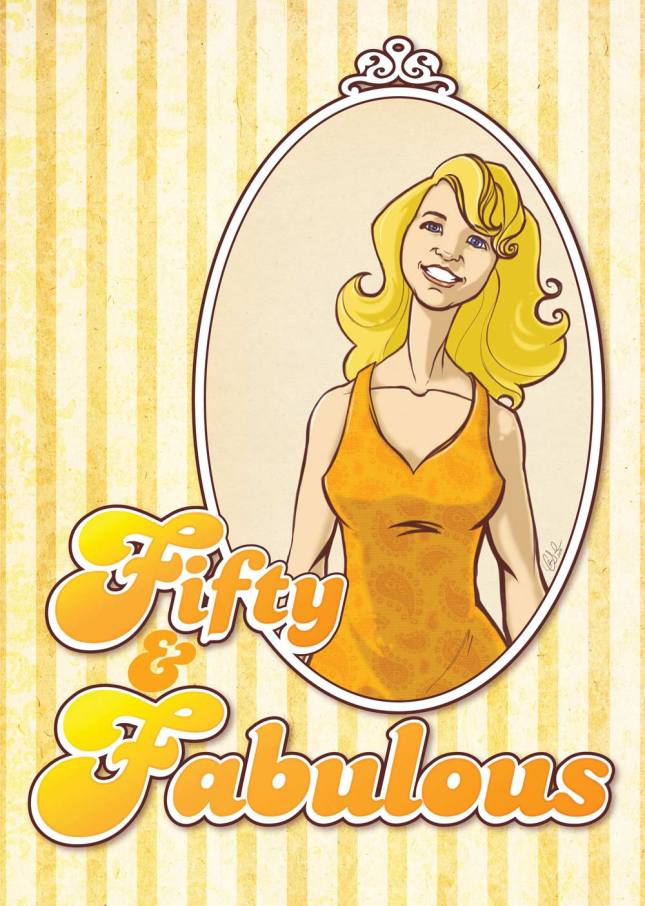 Posted by elainesnowden on August 10, 2011 in Uncategorized

Having a mess about with a font.  The band was named after a shade of nail polish in Sephora so I’ve attempted to make this look like it’s spilled polish. 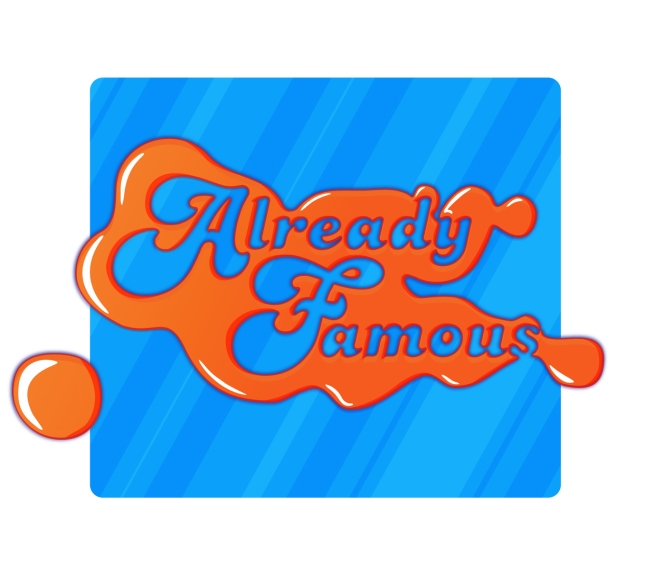 Posted by elainesnowden on August 1, 2011 in Uncategorized